The article below Becoming Artists by Amy Spencer was published in Perceptions 2016 The art of Citizenship. A full pdf version of the catalogue is below.

Jeff stood in the darkness, his hand tapping out a rhythm against his chest. In front of him, a stop motion animation played on a large screen. This was the first animation that Jeff had ever made. It took him hours of experimentation in Art in Motion’s Spike Island studio. He printed letters onto paper with ink, cut up shapes and drew in thick felt tipped pens. The words spilled out of him, uncontrollable, unstoppable. He added sounds that he had recorded from Bristol streets and pieced their rhythms together. Now, the finished animation on the screen hypnotised him.

It was the night of the private view at the Arnolfini, a contemporary art gallery in the centre of Bristol, and everyone from Art in Motion was waiting to see who would arrive. This was a chance for the five artists who were part of the Somewhere in the City project to show the artwork that they had been developing for the past six months to an audience. People arrived slowly at first, each one drawn to a different artwork, until the gallery was full. Later, Jeff remembered feeling that, ‘Something was happening, a big thing. There were so many people. Whether they knew who we were or didn’t know anything about us, they all came to see the work.’

I have known some of this group of five artists for almost ten years as part of a creative writing group that I run in another Bristol art gallery. This felt different. Each artist had developed their art practice and tried new approaches. As Betty said, ‘I felt proud. I think that’s the word.’

I could see that the others felt proud too.

On one side of the gallery, Jonathan showed a group of strangers his paintings and the wooden shields inspired by the symbols he found on Denmark Street, just off the city centre. He explained his fascination with statues and the questions they raise about who we immortalise in stone. ‘I want to be part of history,’ he told them, ‘I want to be remembered.’

Later, he went downstairs to the foyer of the Arnolfini and stood next to the cast of his profile that hung on the wall. Helped by Colin, the founder of Art in Motion, he had cast it from stone composite. I took Jonathan’s photograph to remember him.

Upstairs, Betty showed her brother the dress that she spent months crocheting. She can’t read a crochet pattern but she didn’t need one. For weeks, she had arrived at the Spike Island studio exhausted after crocheting until sunrise. I remember the day that she brought the finished dress to show us, packed into her shopping trolley. We unwrapped it gently and spread it out on the table. It was magnificent; white wool entwined with red ribbon. For the exhibition, we hung the dress in the Dark Studio, next to Jeff ’s animation, illuminated by a spotlight. Her brother admired it. Betty had surprised him with what she could do.

Chris explained his Memory Boat project to two friends of mine, who smiled as he spoke, his enthusiasm was infectious. He was inspired by the river that used to flow through the centre of Bristol. With Colin, he built a wooden boat to hold other people’s memories of water. He explained, ‘My memory is so rubbish. I usually write things down. I wanted to remember.’

This work was different from anything Chris had tried before. Usually, he produced colourful paintings and made artworks from cardboard. Now, he was beginning to experiment with new ways to piece ideas together and tell stories. I worked with him as his ideas unravelled, following his lead.

Dave’s film played on a television screen in the Dark Studio, to the side of the Arnolfini’s gallery and Helen, a supporting artist working on the Somewhere in the City project watched it. In the lm, Dave experimented with new visual ways to tell his poems as he took his viewers on a guided tour of a small area of Bristol. He explained, ‘History and culture fascinate me. That is my obsession. Some people with Asperger’s get obsessed with science and physics but with me it is humanities.’

Later that evening, he showed a group of Arnolfini staff the portrait series taken of the group by photographer Kamina Walton. Each artist posed in the Red Lodge, a historic house in the centre of Bristol, wearing a handmade Elizabethan-style ruff over their everyday clothes. Chris wore his Batman T-shirt and Jeff had a flutter of festival wristbands around each wrist. They explored what it meant to be a part of history and we talked about who was remembered and who was forgotten.

The private view at the Arnolfini was not the end of the Somewhere in the City project but it was a time for the artists to reflect on what they had achieved so far and what they wanted to do next. Jeff considered his progress, ‘I felt proud. My work had expanded. I had tried new things.’

It helped me to understand Art in Motion’s approach to supporting artists to develop their work. They must feel ownership of their art, excited by their ideas and free to experiment but support is also needed to explore what is possible. As Jeff explained, ‘I need access to technology and someone to set things up to make my animations. Then my imagination can run wild.’

A group of artists, wrapped in their winter coats, wearing hats and gloves, walked through an over-looked, historic area of Bristol. This was the beginning of the Somewhere in the City project and this cluster of streets and lanes behind the Hippodrome and extending up to Red Lodge was to be our territory to explore. Together we walked, looking up at the rooftops and down at the ground, and recorded what we saw in these streets in the city where we all live. Chris remembered that Colin said, ‘Look at it as if you have never seen it before.’

Helen, Colin and I supported the artists to ask themselves questions, to investigate and explore. As we explored, we asked: Why is this here? Was it always this way? Who has been here before us? How have they left their mark?

We found hidden stories tucked away. We found traces of a river running under the city and of traders selling goods to the boats that once docked here. We found buildings that had once been warehouses, churches, a school and an eye hospital. We found a door of a pub rumoured to be made of human skin. Betty told us about waiting at the stage door of the Hippodrome with her autograph book. Jeff remembered eating in the fish and chip shop. We thought about all the Bristolians who had lived here. People came out of some of the buildings and told us stories and we collected them to check whether they were true. We found threads of ideas to follow, to pick at, and to turn into something new.

Dave felt connected to the sense of the past. He remembered, ‘It is awe-inspiring to feel history all around you. For a poet that is very useful. There is a peaceful aura in that part of the city because it is so old. I just sense the history all around me. Some might call it physic or intuition but it is something you feel when you are in the right place.’

Jeff noticed how each artist was drawn to something different. He said, ‘we all got fascinated by different things. For me it was the fish and chip shop, the Victorian and Georgian buildings and the sounds.’

This geographical area with its historical resonance was the starting point for each of the five artists. From it, they each began to take a different direction and walk down a different path to produce their art.

Dave put the Lord Mayor’s chain around his neck. Chris had made them out of cardboard and tin foil the week before. Helen handed Betty a bunch of owers for her role as the Lady Mayoress. Betty posed with Dave outside the Spike Island studio before we set o towards the river. Chris carried his wooden model boat under his arm, the SS Christopher Rose. Inside were the memories that the visitors to the exhibition at the Arnolfini the winter before had contributed. Jeff , the master of the ceremony, waved a handmade flag. Jonathan wore a top hat and a black shirt. He was Isambard Kingdom Brunel and he had come back to life for Chris’s boat launch.

The artists, each playing a part, gathered on the wooden deck jutting out into the river. This was one of my favourite feelings during the project, of everyone coming together and celebrating each other. Passersby stopped and stared and there were faces in the windows of the flats behind us. We were a marvellous spectacle; a gaggle of characters launching a small wooden boat into the river. Chris gave a speech about the making of the boat. Helen and I read some of the memories aloud. There were tales of journeys across distant seas and a memory of being a child walking across the linoleum of kitchen floor at night, afraid that sharks would appear. There were jellyfish illuminating the sea at night and the memory of falling off a boat into the water. There were memories that included loved ones and memories of being alone on the water. Betty performed a naming ceremony for the boat and we all drank from a goblet. Chris lowered the boat into the water for the first time and it floated.

We waved flags and cheered. We felt like a group, like artists experimenting with the idea of what art can be.

Amy Spencer is a Bristol based writer, researcher and collaborator and author of ‘DIY: e Rise of Lo-Fi Culture’. She currently is Post-Doctoral Research Fellow for Ambient Literature and works with AIM as writer and facilitator. Art in Motion (AIM) is a newly emerging participatory arts organization. It provides opportunities for artists and non-artists to engage with multidisciplinary arts to explore ideas and concepts with a specific focus on heritage and the built environment. 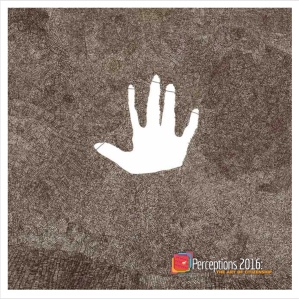